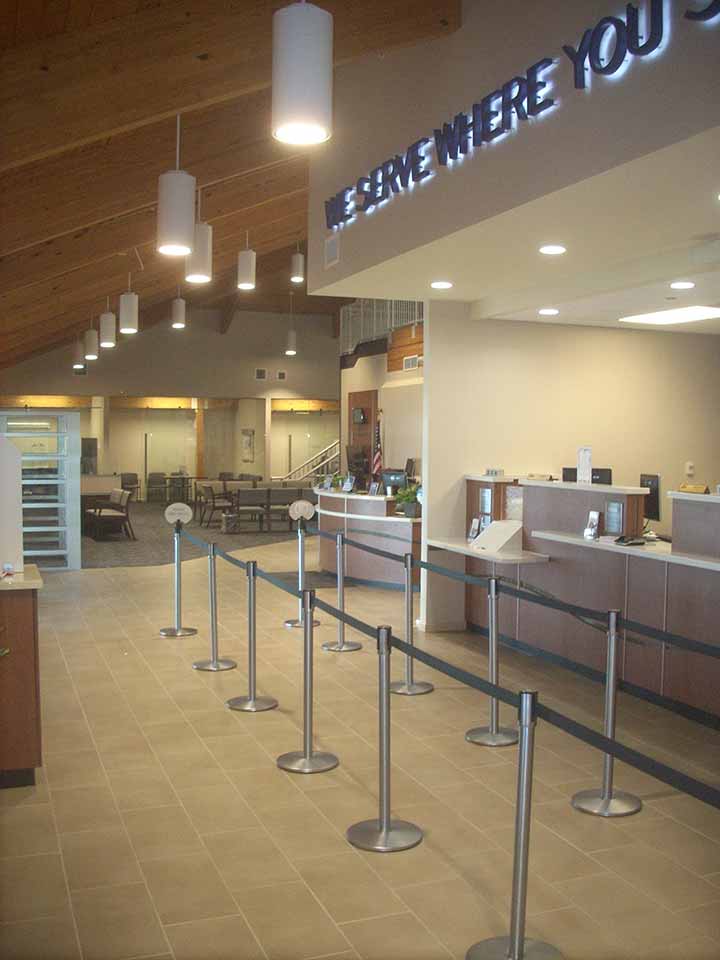 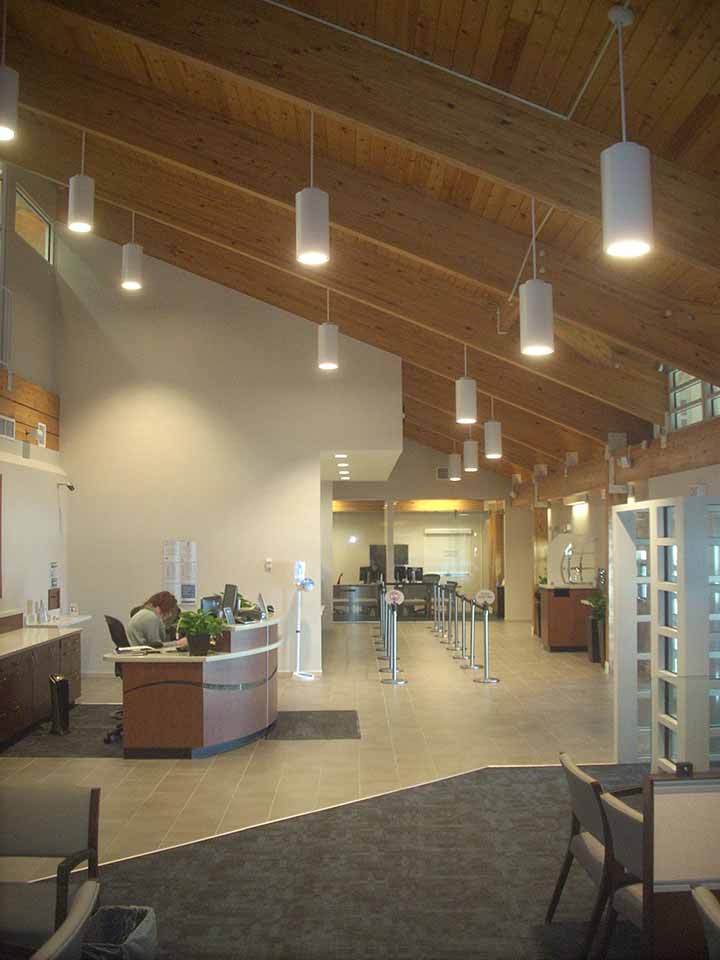 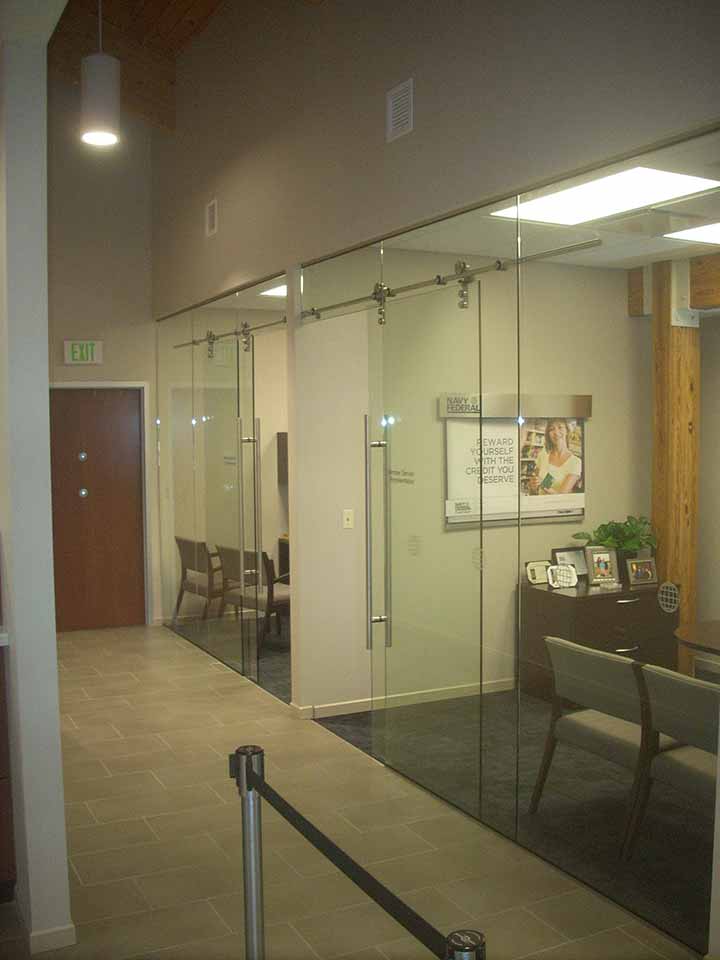 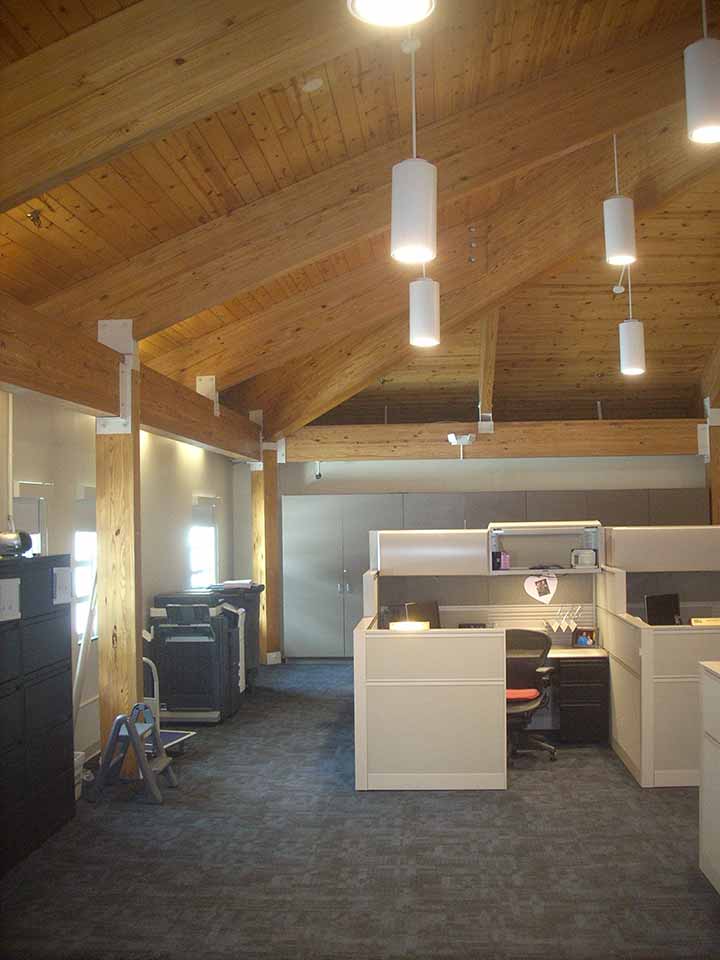 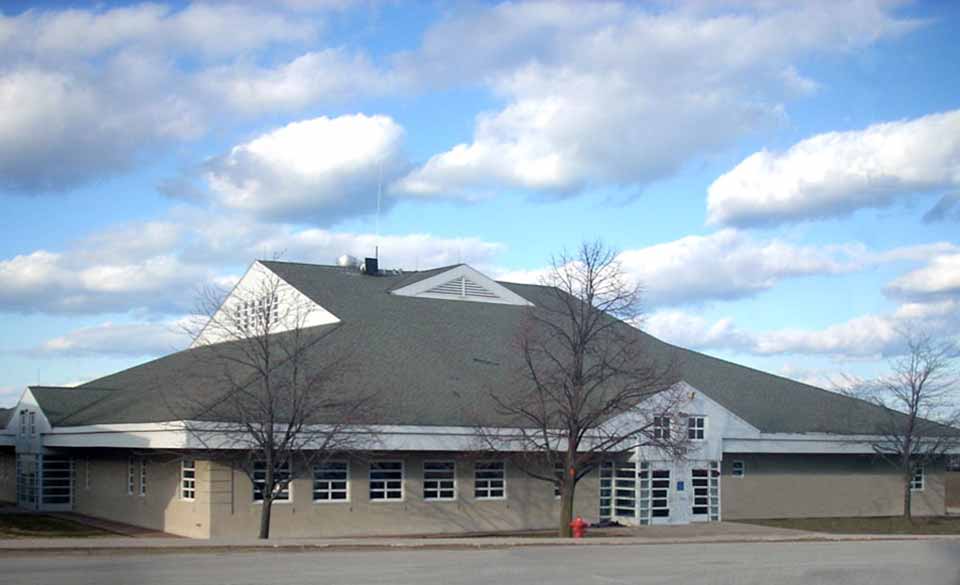 Design Challenge:
Navy Federal Credit Union occupied a portion of an existing building on the RTC side of Great Lakes Naval Base in Great Lakes, Illinois. They had outgrown the facility and some rooms were overcrowded. There were not adequate presentation or meeting spaces and the banking area could not be expanded.

The mechanical system was designed for a large open plan building, which did not work for a number of small offices. The décor was outdated and needed to be updated for Navy Federal’s current standards. The existing stair was large and poorly located and the majority of the second floor was not developed.

Design Solution:
The entire 12,000 SF building was renovated and all floors were re-designed and utilized for Navy Federal Credit Union functions. A new larger banking area was developed, with adequate offices and waiting room areas. A larger staff lunchroom and meeting rooms were added along with a credit card processing area.

Work rooms were built with additional storage and casework, along with other support areas. The second floor was developed for the Regional Manager and support staff, and with a new teleconference room. New stairs were built to gain more space, and the existing bathrooms were modernized. 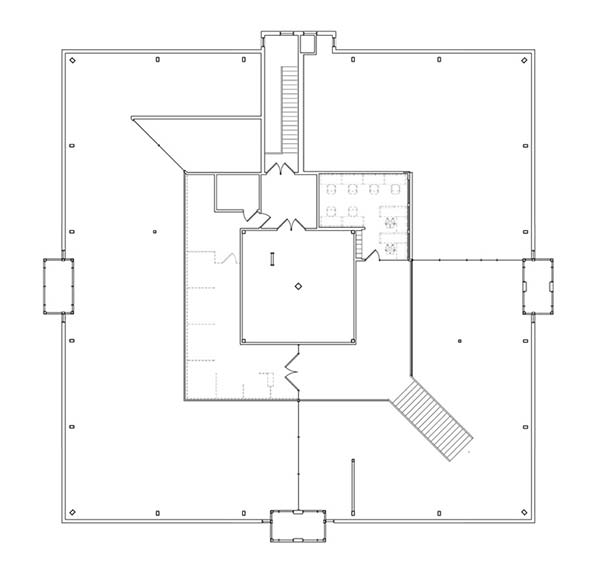 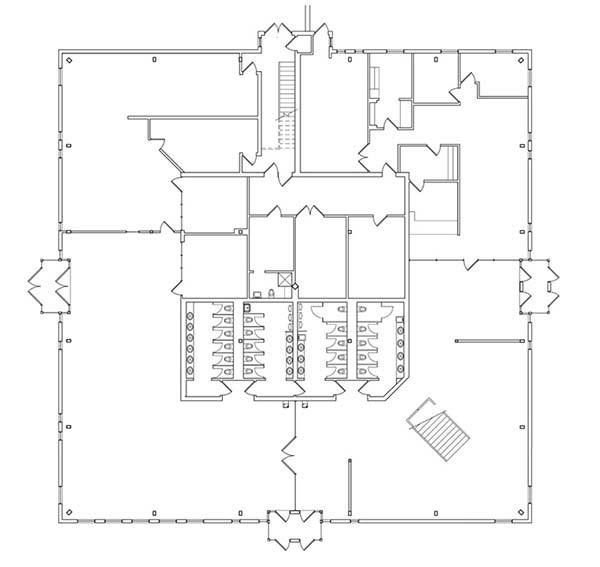 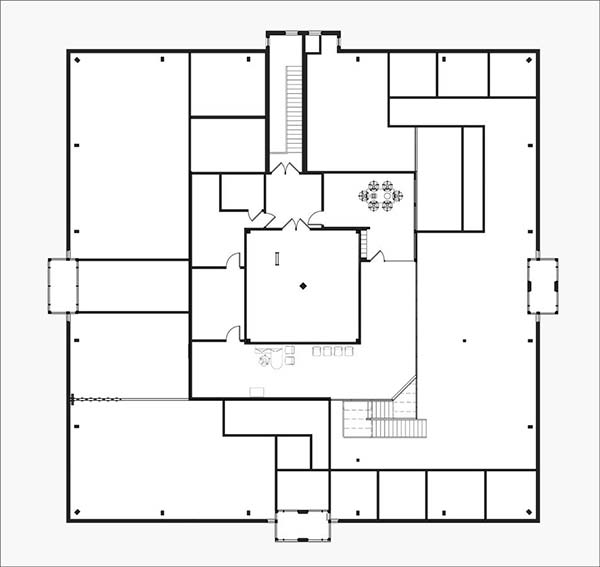 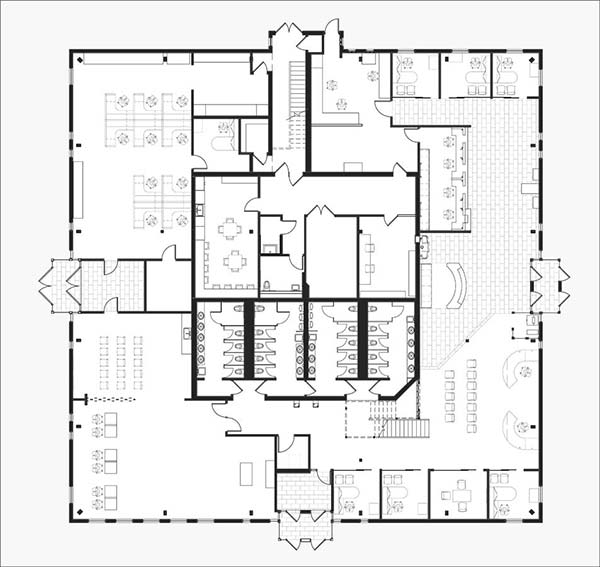