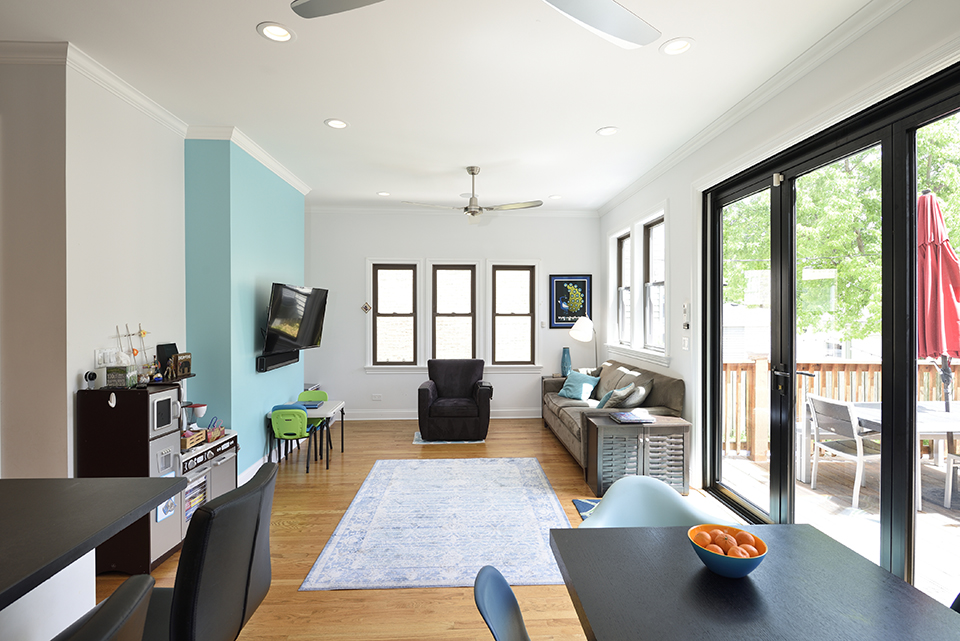 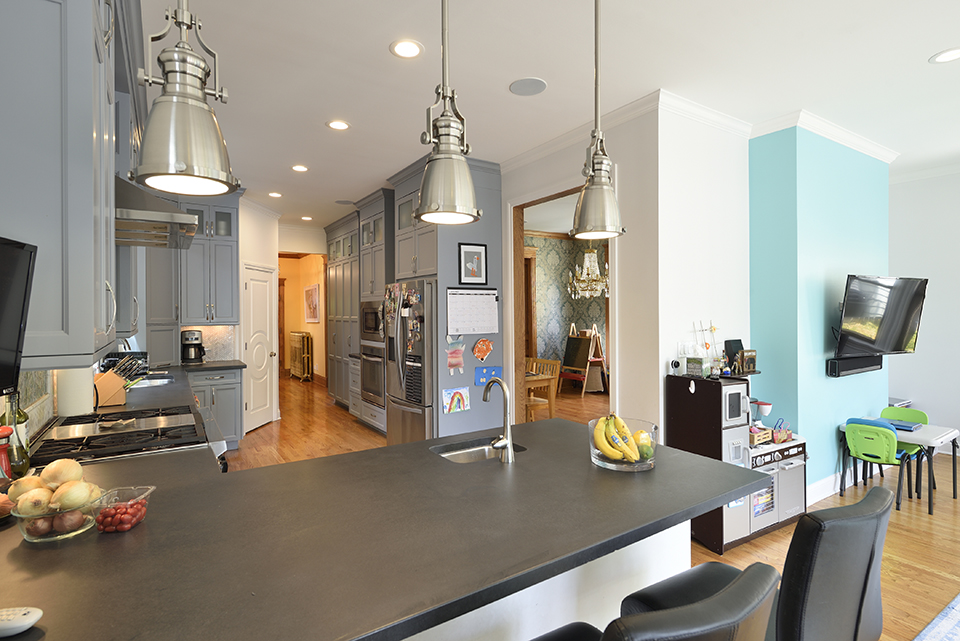 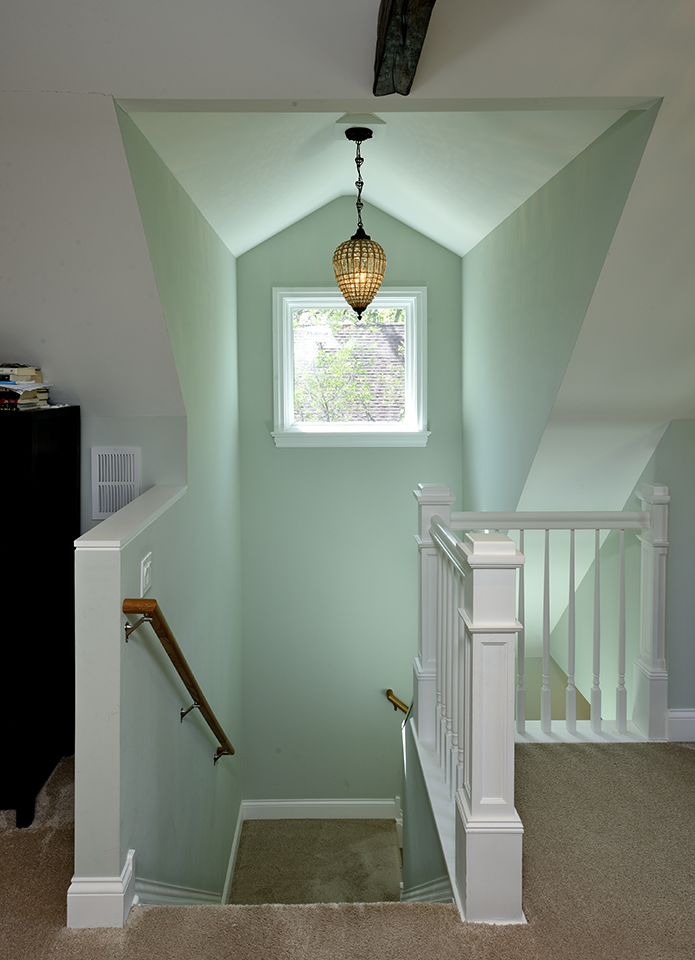 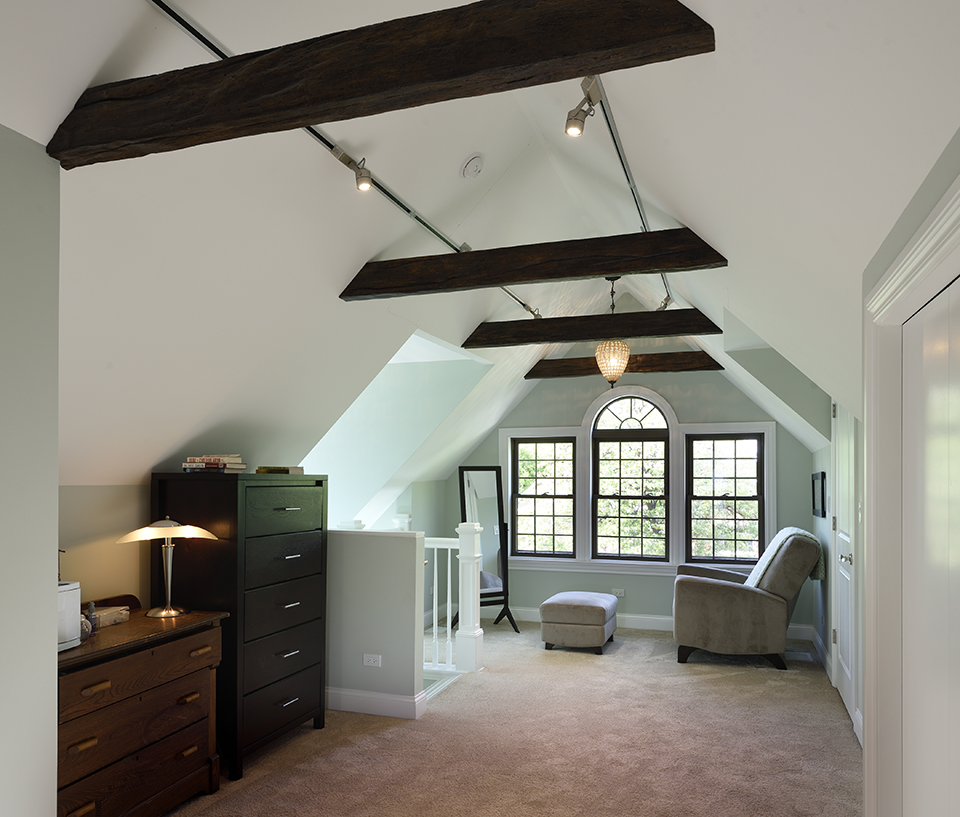 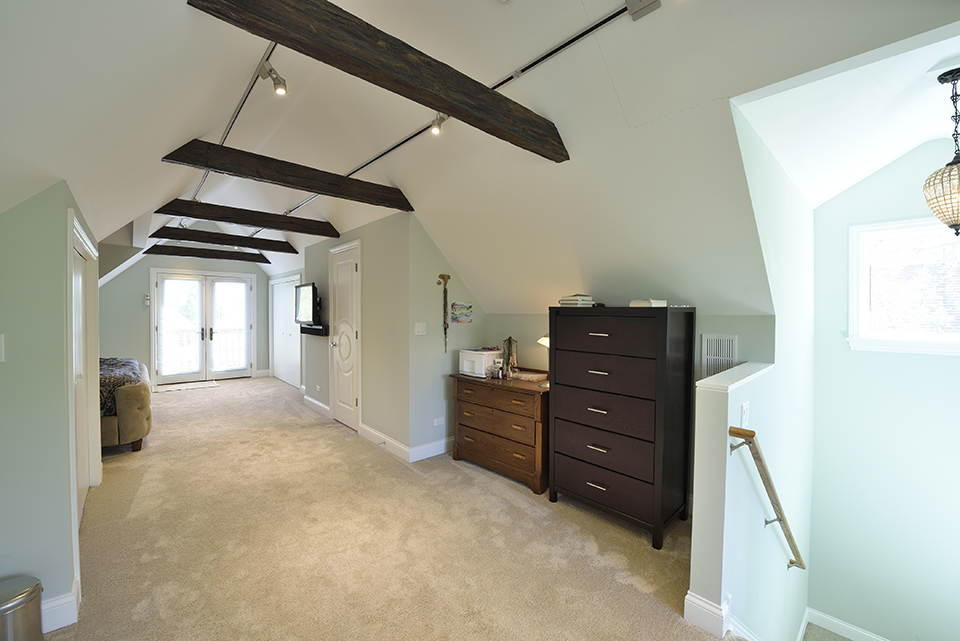 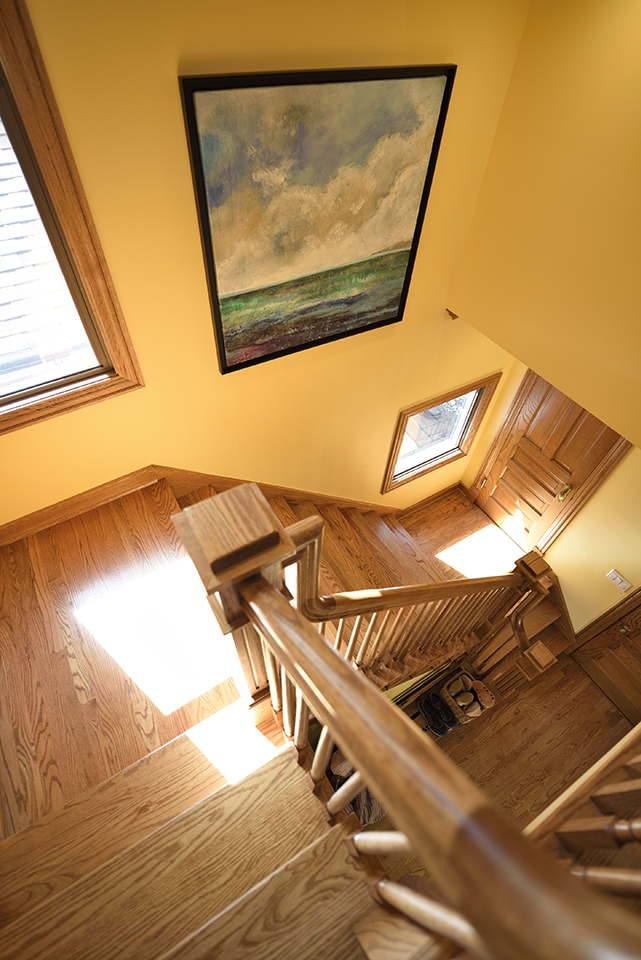 Design Challenge:
A young, growing family needed more bedrooms and entertainment space, and wanted to stay in their neighborhood. The house had enough space, but was poorly organized. The existing, rear addition on the first floor had structural problems, and was built on an old porch foundation. The living and dining room were fine, but the small kitchen had an awkward layout, and was separated from the rear family room.

There were three bedrooms on the second floor and no convenient way to access the rear deck, which was raised up. The parents wanted a separate master suite on the attic floor, which was raw, unused space. Since they did entertain frequently, they needed to replace the old rear deck.

Design Solution:
The rear addition had to be reframed and structurally reinforced. Walls were opened up to create a connection from the kitchen and family room to the large rear deck. The kitchen was enlarged and an eating counter added. A large sliding glass door can be opened to provide a continuous opening.

A hall was added on the second floor to lead to a second level rear deck. Bedrooms were rearranged, and one has a private bathroom. A laundry room was also added.
The attic floor became the Master Suite, with a large bathroom and dressing area. Since the Chicago code requires two exits from a third floor, a small deck and stairs were added. The exterior was redone and landscaping added.